Benjamin Herbert began learning piano when he was 6 years old. He comes from a musical family with his mum being a flautist and grandmother a pianist.

Living in Sydney, Ben progressed through the AMEB grades as a child and teenager. He began learning with well regarded Sydney pianist Robin Ruys in his late teens and twenties. Under her guidance, Ben Achieved the AmusA Associate diploma in 2013.

Ben went to Chatswood high school partly because of its well-regarded music program headed by Gavin Stains. He learnt to play the trumpet and by Year 9 was regularly playing in the Wind Orchestra, Stage band and Jazz Combo. Playing in these bands taught him about playing in ensembles as well learning about jazz and improvising. In improvising, he found he really excelled having good natural aural skills.

It was because of this that Ben decided to study composition at the Conservatorium of Music in Sydney. Ben learnt with numerous Australian composers including Matthew Hindson, Paul Stanhope and Trevor Pearce. He has written for a variety of different instruments which includes a carillon piece which won him a $1000 prize.

Most recently, he composed and performed 9 piano songs which he performed in a 40 minute concert.

In early 2020 Benjamin has also completed European Piano Academy’s course for teachers on how to implement European and Russian teaching methods when teaching students.

Benjamin is offering remote skype piano lessons online as well as lessons at his studio in East Ryde. He can also teach at your place in the following suburbs of Sydney: 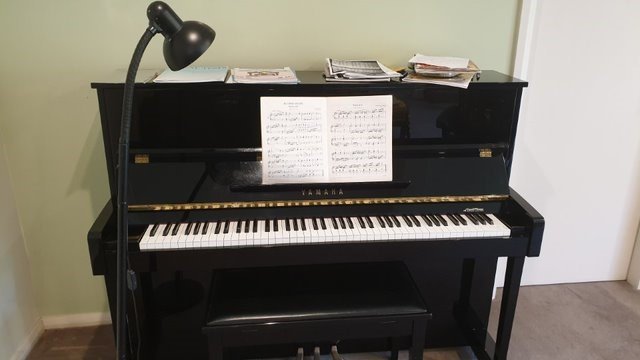